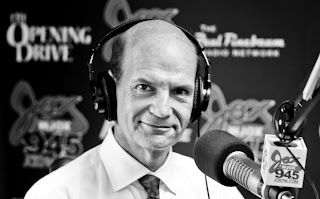 His Lectures are apparently enlightening

Greetings Auburn fans. Sorry it has been a while, but life and a lousy hoops season gave me little incentive to put up anything. But I thought I'd throw my $.02 in on a few subjects. First...

We need to get over Paul Finebaum. He makes his living ticking off one fanbase one day, another the next. I listened to the clandestine recording for the preppy Birmingham Southern kids. And yeah, he made some shocking statements. Example: "The Alabama football program is more like Apple." (paraphrasing here) Well, both are run by tyrannical egomaniacs, so I will give him that. Bama, to me, is more like IBM, because neither have really been relevant since the early eighties.

The other thing about Auburn being a ponzi scheme I have to disagree with. Ponzi schemes generally don't pay out. Auburn paid dividends big time in 2010 to those of us who have invested so much over the years. And for that reason I don't mind the occasional down year, which we may be headed for in 2011.

Finebaum is Finebaum. If you've lived in Birmingham for the last 10 years you will know he changes with the tide (pun intended). Rob will tell you that personally he's a stand-up guy. He also went to bat pretty vehemently for Cam Newton and praised Chiz and Jay Jacobs(!) for their handling of the whole ordeal. So it's up to you guys, but you might want to cut him a little slack.

Starting Spring 5 players down I think we can all agree that Eric Smith has some anger management issues. Chiz gave him a chance. Smith blew it. He's gone. Will he be missed? Maybe, but he was playing less and less with the emergence of Lutzie.

The other guys...I don't even know what to say,other than congrats for setting the EDSBS.com Fulmer cup points record.
I did some dumb-assed things in college: Mailbox baseball, keg stands, kissing fat chicks after keg stands, but it never once crossed my mind to head to a mobile home park on Wire road and try my luck at home invasion. All I can say is best of luck guys, hope you run into Harvey Updike in the pokey.

I do have a problem with certain Sports by Brooks D-bags who now have labeled the Auburn football program as some sort of scholarship street gang. He's even gone to a new level of facebook stalking by copying pics from the pages of AU players and putting them on his website. I purposely follow this guy on twitter, just to see what natural college football disaster he scavenges on next. I don't know if he's ever claimed to be, but he's not a journalist. He's college football's TMZ. He gets as many rumors wrong as he does right, and he has a moral compass just a few seconds from Charlie Sheen.

Three Wishes for Spring Practice Offense
1. Barrett Trotter impresses enough to seal the starting job up early.
2. Trevon Reed shows us what he's capable of
3. Deangelo Benton lives up to his billing.

Three Wishes for Spring Practice (defense)
1. The next Nick Fairley shows up out of nowhere (kind of like Nick Fairley did last year)
2. Jake Holland makes some huge strides.
3. Somebody shows up to play the other corner ( T-bell will have his side nailed down)
Posted by Zack at 12:46 PM No comments: